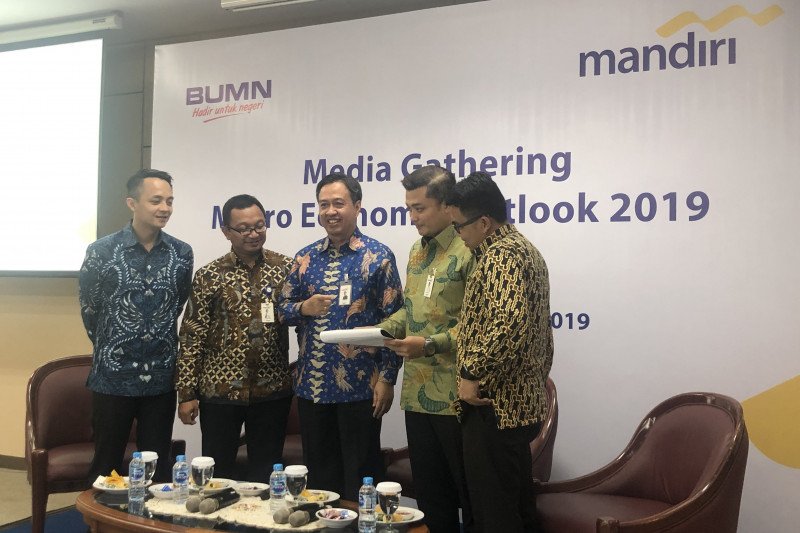 Bank Mandiri Finance and Strategy Director Panji Irawan during a media gathering at Mandiri Plaza in Jakarta on Monday,(ANTARA/AstridFaidlatulHabibah)

"Bank Mandiri’s performance continued to improve until the first semester of 2019," he said.

The consolidated credit growth of 9.5 percent was the result of the bank’s effort to improve the quality of its assets as shown by the declining gross ratio of non-performing loans (NPLs) by 54 basis points to 2.6 percent in the first half of 2019 from 3.13 percent in the corresponding period last year.

In the meantime, the consolidated third party fund placements in the first semester of 2019 grew 6.8 percent yoy to Rp827.8 trillion of which 62.4 percent constituted public savings.

"The income was derived from foreign exchange and retail transactions," he said.