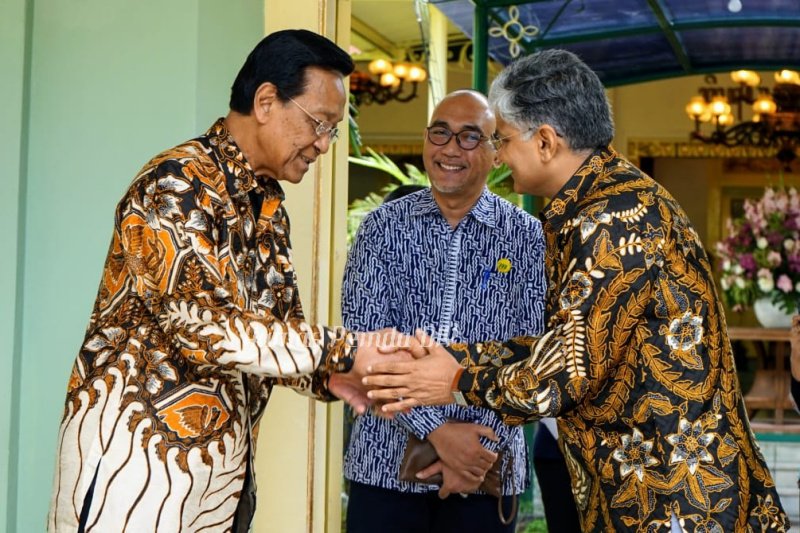 "We have often met. So, in whatever way India can help us, they will. In essence, the meeting is aimed at forging closer ties," Sultan Hamengku Buwono X said after receiving Rawat at the Wilis Building in the Gubernatorial Office compound in Yogyakarta on Friday.

At the hour-long meeting, it was decided that India would send yoga teachers to Yogyakarta in response to the enthusiasm of the residents to learn this Indian form of physical, mental, and spiritual practices, popularly known as yoga.

The residents demonstrated their enthusiasm during International Yoga Day which was held in the city some time back. The Sultan hoped that the typical Indian yoga would become more popular among Yogyakarta’s residents.

Yogyakarta is always open to appreciating Indian culture, the Sultan said. One of the Indian cultural events that was held in Yogyakarta last year was a "Kathakali" dance and cultural show.

It is the enthusiasm and appreciation of residents that has encouraged India to cooperate with Yogyakarta in the field of culture.

"We often exchange arts teams. In addition, the Kathakali cultural event which was held in Yogyakarta proved to be a success. That is why they have tried to launch other such activities to commemorate 70 years of diplomatic relations between the Yogyakarta Special Province and India," he said.